I am linking up to SewBitterSweetDesigns for, not only the final ALYOFs for the year for good. It's been decided by the hostesses that they can no longer continue to host this event. It has been a privelidge to be associated with such a group of like-minded, wonderful women who give so much of themselves to host such events, especially when they are such long term. They have been an enourmous encouragement to those of us who just have too many projects going and little to no incentive to get them finished. They gave us that venue and I will be forever grateful to them for that encouragement and wish them well in all their future endeavors.  Thank you Melissa and Shanna. 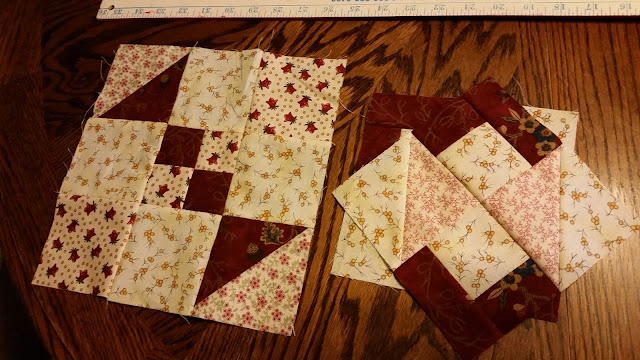 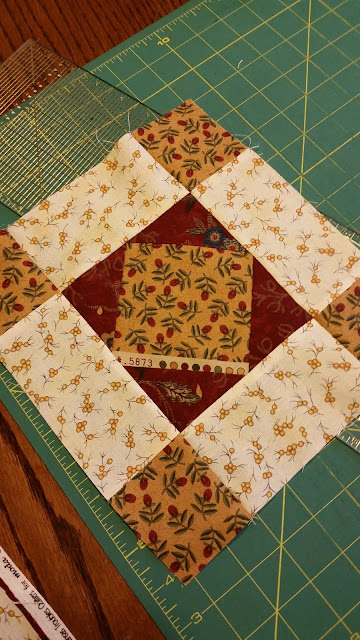 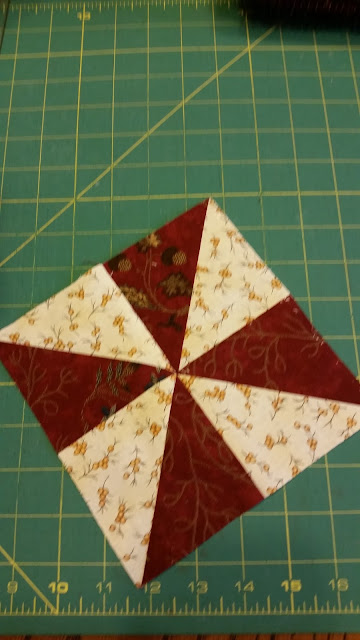 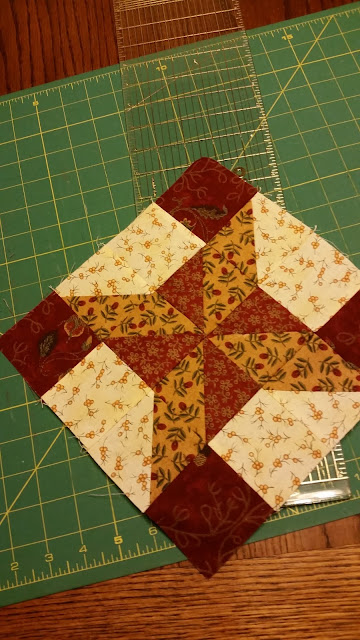 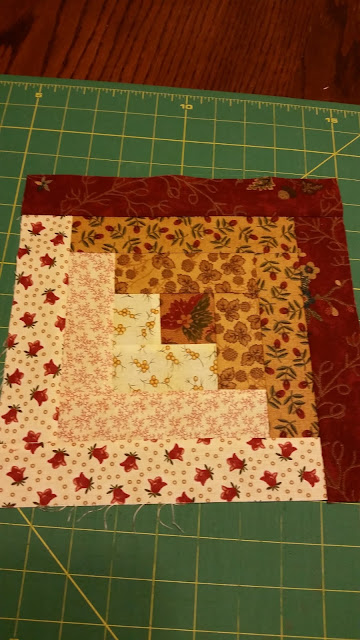 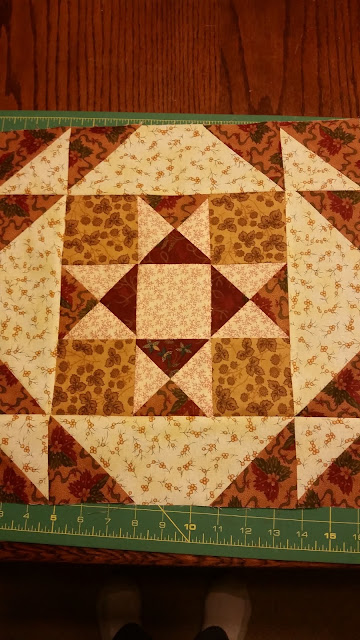 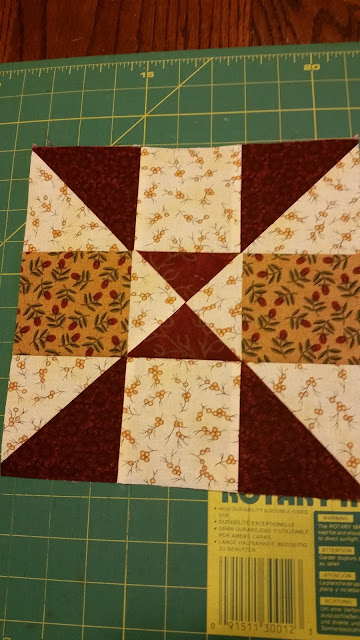 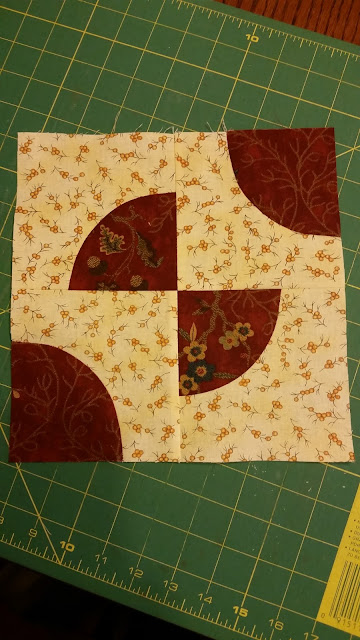 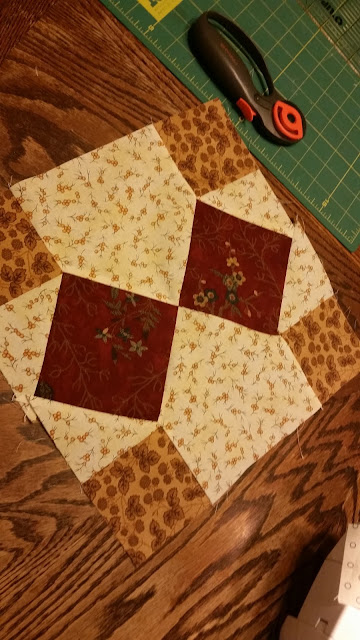 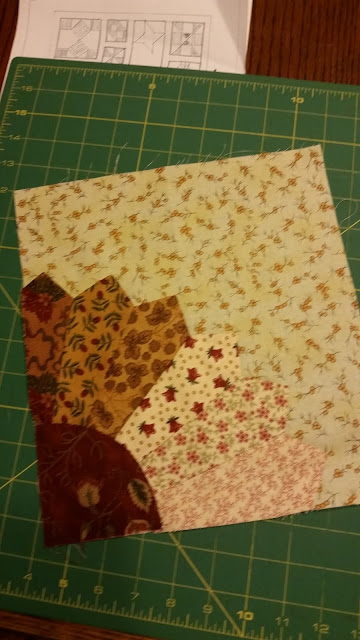 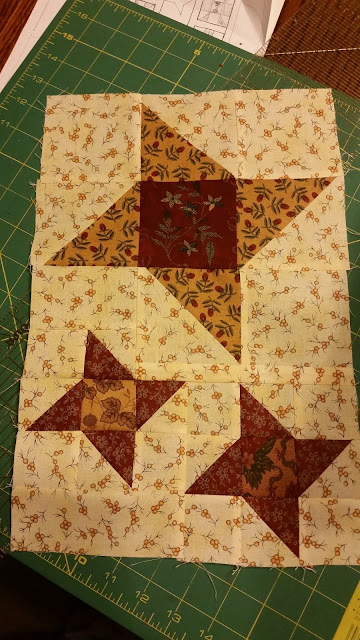 My final goal for the year was to assemble the blocks of this 2010 BOM. It's from a local quilt shop that I discovered on a motorcycle ride with Honey Do back then. We literally flew past it on the bike and the next time I headed to Mom's or BF's I took the scenic route to try and locate it. I did :)
I started at the beginning of the month, but as the sizes for the greats pajamas came in this project went by the wayside in an effort to finish up Christmas.

The BOMs came in kits with fabric and instructions. Unlike the kits from JoAnn's, these are not pre-cut and that's okay so that I can hone my cutting skills. The hardest part of this project was determining what someone else had decided what they were calling the colors because there was no key to follow. I managed without any major mishaps. The biggest problem I ran into was one of the fabrics was cut short, so I had to include the salvage in the block.

I am getting these done just under the wire - as it's New Year's Eve.  Putting the top together is another goal for another time.
The blocks are officially done :)

We were asked to create a collage for the final link up. So here's mine. 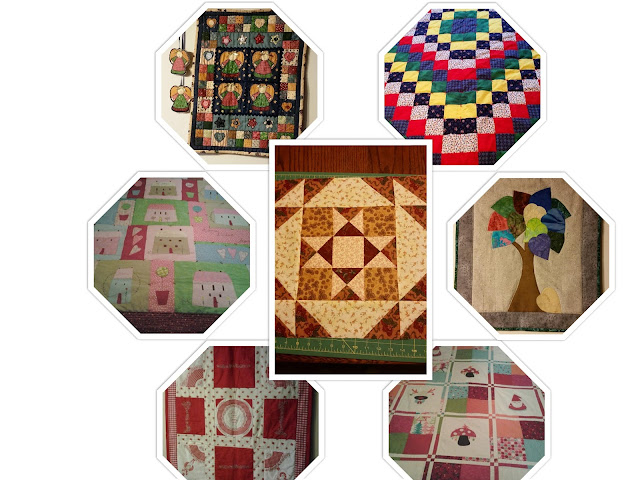 Thank you Susan for the help. As usual, she's there to get me out of trouble and learn something along the way. 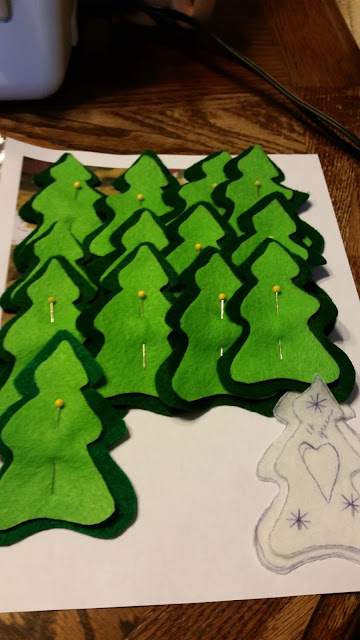 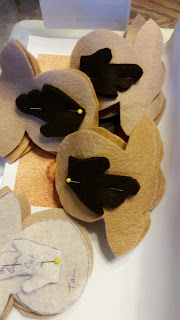 I also managed to find a little time to get some ornaments cut out for future use. These will be gift tags for my great nieces and nephews next Christmas.

Wishing you all a heartfelt Happy New Year filled with good health, love and prosperity. 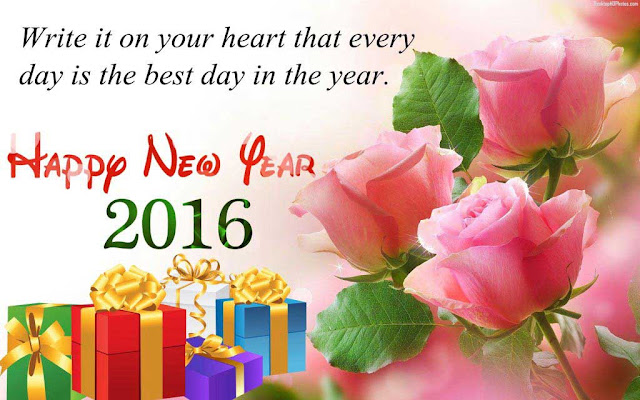 Nice collage. ;) I love your blocks, and I'm so glad you got them all done to finish the ALYOF perfectly! Those tags/ornaments you are making are so cute! Good to get a head start when you have that many to do, too. I'm predicting we're going to have a very productive year!