I'm sure many of you are familiar with the phrase "Git 'er done".  It's from a popular comedian, unfortunately I can't remember his name.  But the phrase applies.  Thursday was spent getting Beauty finished.

This is how I spent Friday, when I wasn't cleaning, shopping for groceries, planning my weekend menu and playing with the dogs . . . 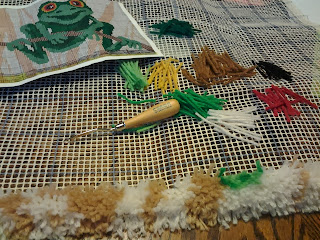 I got this for Newton probably more than a year ago.  I tried to teach him how to do it, but he kept coming back for more lessons and eventually said it was too hard.  So in an effort to deal with my frustration over Beauty, I decided to play around with this.  It's easy enough to put away if it gets too much in the way of Beauty or some other project, but it's easy and should be done fairly quickly.  It may be the one that goes on our weekend away along with the wonky houses for some variety.

Back to Beauty - Beauty started as a BOM over a five month period.  It's now October.  I'm ready to move on to other projects, but I'm trying really hard not to start a new project until it's finished.  At least not a project of any size.  So I've been working rather diligently the last couple of weeks to "Git 'er done".

I've worked on a couple of small projects to keep myself motivated . . . 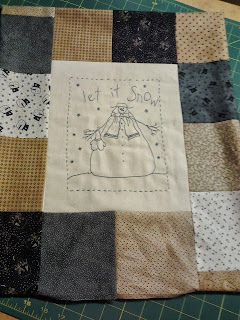 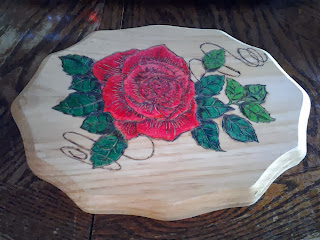 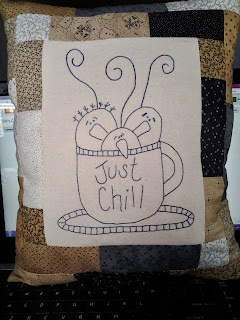 Unfortunately, I'm not happy with the end result: 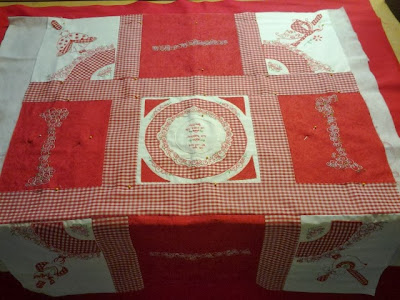 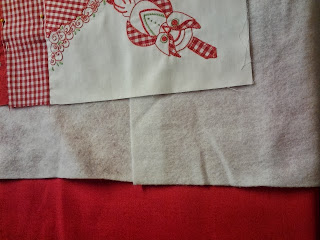 At first glance, it looks ok.  But then I start looking at it more closely. . . 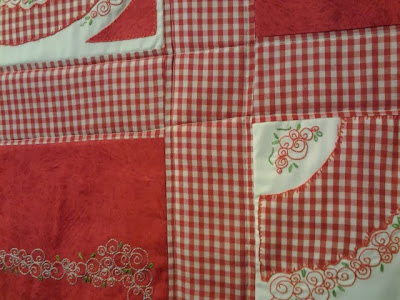 I should have stopped before even trying to machine quilt it. 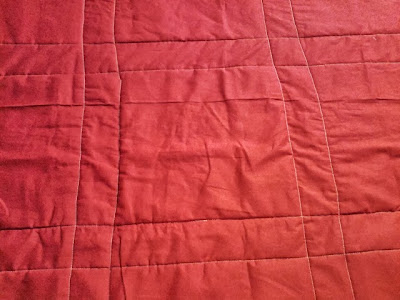 You can really see how far off it is from the back.  And for some reason, no matter how much I smoothed and pinned, I still had rumples. . . URGH !!!!!

So frustrating.  I was going to just put it away and come back to it later.  But I really don't want to add another UFO to the pile.

So I'm going to spend the weekend taking it all apart.  Hopefully, I'll have some time to re-work and re-assemble it.  But I'm going to take my time - no matter how long it takes - and get it done properly.  I want it for my Valentine's Day wall hanging, so I have plenty of time to get it finished - except that I want to start working on Christmas projects and that's probably why I was rushing to get it done.  Lesson learned.

Thanks for stopping by 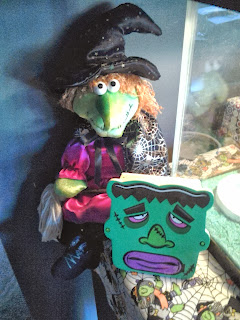 Wishing you a creative weekend.

always good to have other projects to give yourself a break every now and then. Did you tape your backing down to the floor (or table) before pinning it together to quilt?? That might make a difference? There's nothing worse than being disappointed after putting so much effort into something.....keep on plugging away sweety...it'll be worth it in the end! xox

thanks Wendy, not giving up yet :)

I think I would wash it first before I took out any stitching - if you used cotton batting, it should scrunch up nicely and may not even annoy you at all. All your work looks very nice to me, and one bobble in a line of quilting isn't the end of everything. =) On the front, it won't really be noticeable, and on the back, everything looks good but that one spot, and that doesn't look *horrible*, so maybe a little washing scrunch is just what it needs!

You are just too kind. I'm liking the idea of corner stones. It will help to draw the eye out from the center and minimize any mistakes I make going forward. Thank you. Suggest an obvious suggestions, wish I would have thought of it :)