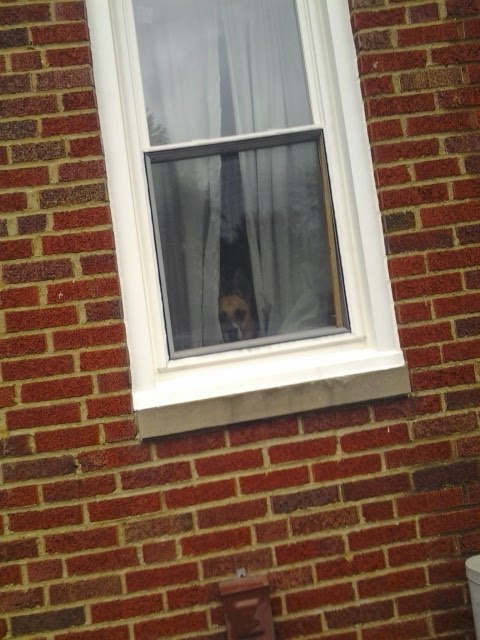 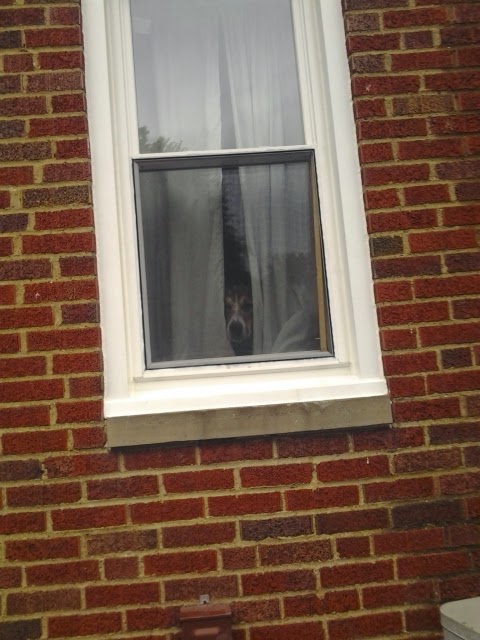 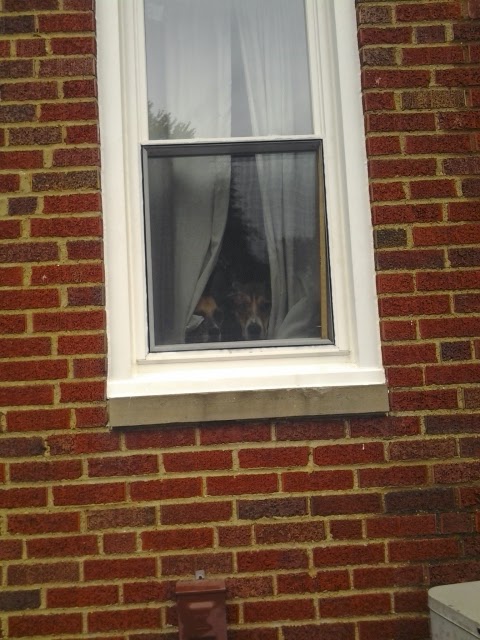 And they have to make sure :)

Tuesday was extremely busy, frustrating and emotional. Lots of highs and lows.
It started well enough with Christmas S-A-L stitching and Bible study, which is where I was headd when my pups watched me go. At least they had Pops for a bit longer and all to themselves.

And that's one of the highs/lows. Pops was headed back home today. Those five weeks had their own ups and downs - as all families do. Ours is struggling with the extremes at the moment, so Pops leaving was filled with mixed emotions. We did talk about another visit next year and made some plans. I'll have to work on the timing. We said we'd pay for the next trip because we need him to puppy sit for us for a few days. And maybe the next visit will be longer. But I think after five weeks he was ready to be in his own environment. 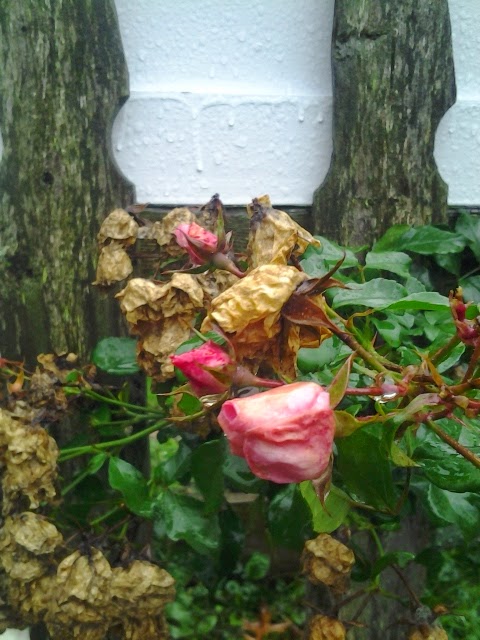 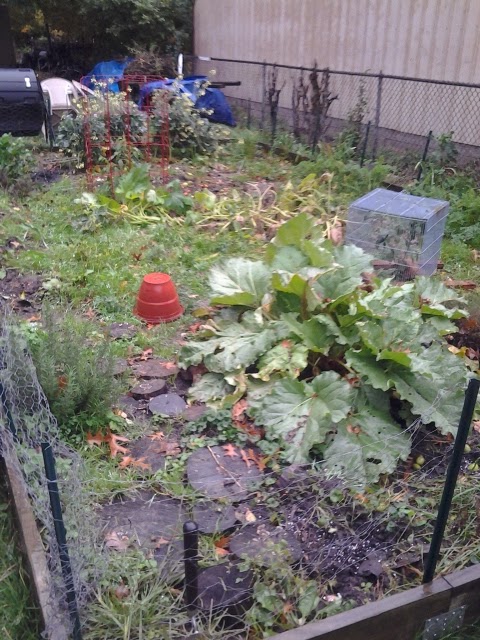 The gardens look so neglected. You can tell from the roses that we've had frost, a little more damaging than I originally thought. I've removed the spent tomatoes from the veggie garden. I still need to harvest more broccoli, the rhubarb (which I'll take to mom on Thursday), carrots and rosemary (unfortunately, it doesn't survive over the winter even in the house). Once all the harvesting is done, hopefully it will be dry and warm enough to do the weeding before we go into winter. 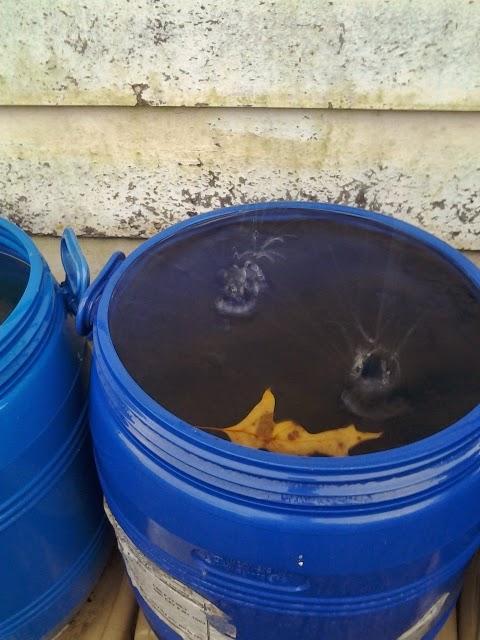 My rain barrels are brimming and need to be emptied. But the ground is so saturated that I don't even have anywhere in the gardens to empty them. It's supposed to warm up by the weekend, so there will be plenty of yard work to finish up in preparation for winter. November is breathing pretty heavy.

So time - it's not that Pops demanded so much of my day. It was nice for a time to have someone else to talk to during the day, share coffee with, run errands. He didn't always, but enough. It was hard watching him go, knowing we are going to miss him, but we have next year to look forward to :) 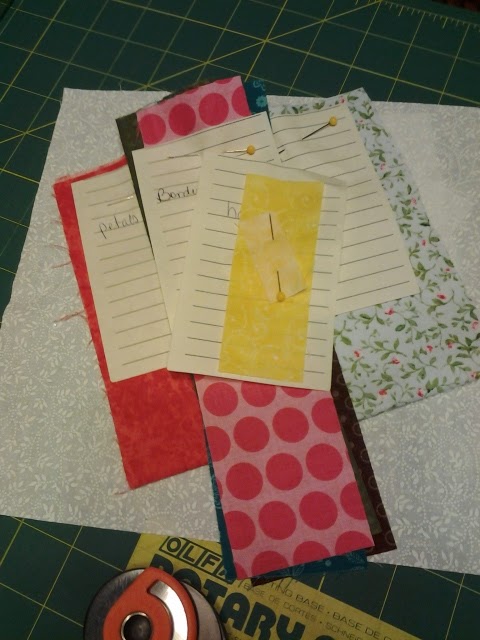 Now it's time to get busy on some monthly goals that have been patiently waiting for my attention. After doing some chores that were waiting for me and cleaning up the guestroom, I set about prepping my next block for the Gardeners Quilt. It's adorable :) 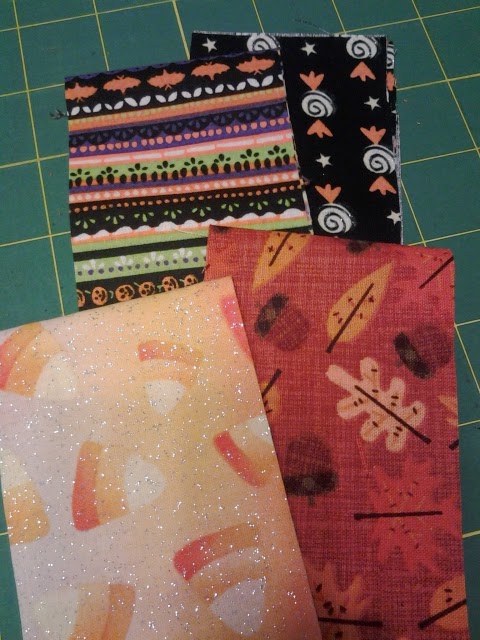 I've also prepped new fabric for the 9-patches :)
Looking forward to working on these and hopefully getting them in the mail this week.

It sounds like Tuesday was a busy day, filled with a variety of things. I hope we both enjoy this warming spell that goes down again on Wednesday! It will be 81 here on Monday and 67 and rainy again on Wednesday. I was hoping for a little longer break in the rain! I understand about the saturated ground. Hope your bloom block goes well. So far, mine is easy. Going to go do the hard part now. LOL