It's been a long week already and it's only Tuesday. After just a couple of days, I'm already hearing how bored and there's nothing to do . . .

Me, on the other hand, doesn't know where to start. 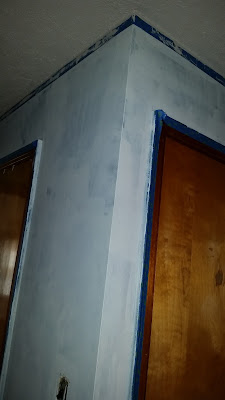 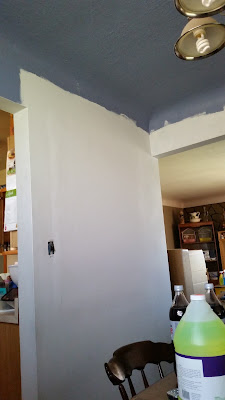 The hall was primed on Saturday after I ran back to the home improvement store to get some supplies. I also picked up paint for the walls and ceiling in the diningroom, which was partially primed on Saturday. I ran out of water-based primer and it was too cold to use oil-based because there wouldn't have been enough ventilation.
I hope to finish priming in the next day or so because it should be warm enough to open the windows.
I did managed to get the ceiling in the hall painted today. Newton helped because I ended up developing a migraine. I'm not usually prone to them. 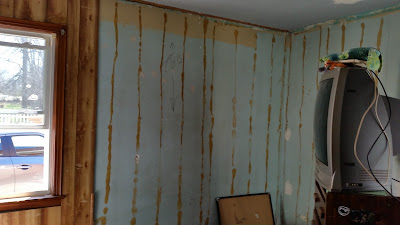 Newton was charged with getting his room ready next for painting. There was paneling up and we are removing it. He did that today and will have to move on to scraping the glue off the walls before we patch and prime. Things are moving along in the right direction. 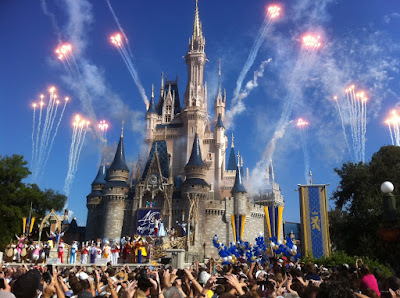 BF is in Florida this week at Disney. Her youngest daughter will be marching with the school band and this is her senior trip. So proud of her: she paid for the whole trip on her own and even had spending money saved.

I'm off to Mom's on Wednesday to pick up the china cabinet with Newton's help. So very excited to get this piece of furniture.
I already have the chine that she gifted me, but more about that later.

I'm working on my wool again. I've promised myself a minimum of an hour per evening, more if my hands will hold up with all that stitching.
March goals were lacking, but I'm pleased with what I have finished. I'll just work harder to get caught back up. Wool was my priority.

Wishing you a blessed day. 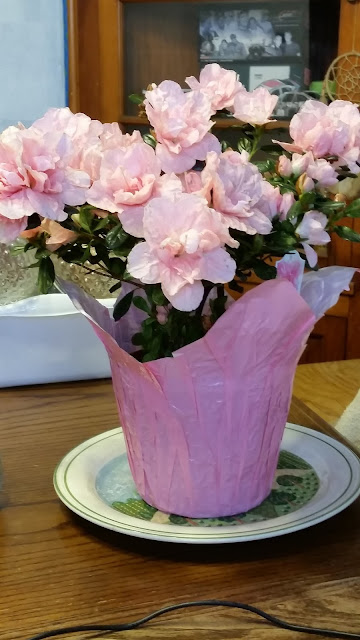 Oh hon your home is looking so good!!!! I wonder if the paint odor caused your migraine? I hope it warms up so you can keep the windows open. Your flowers are just gorgeous!!!!

Oh - about the I'm bored thing - I always told my boys this is not a cruise ship, and I'm not the entertainment director. If you can't find something to do, the walls need washing, lol - didn't take long before they stopped that nonsense, lol!!!

You have been a busy bee! Your house is going to be so grand when you are finished. We had our spring break two weeks ago ... with almost no spring! But school is out here before the end of May.