Found this one - death by UFOs.

Well, for now anyway, mine won't be the death of me.

I finished another one.

Awhile back, I finished a set of towels, leftover from another panel. 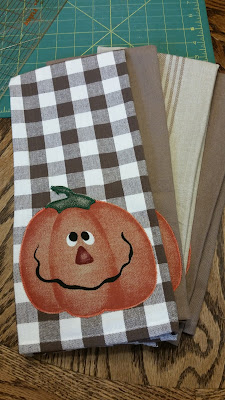 I bought these towels at the local discount/freight store. So I already knew to go back. 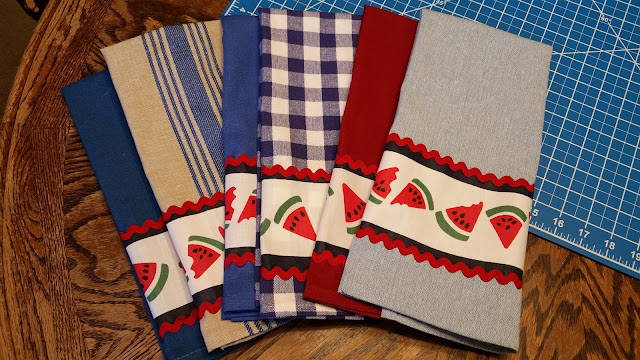 The watermelon border print is left over from the napkins I made over the weekend. They almost always add some extra print that they never tell you what to do with. It's not enough to border anything bigger than a bread box.

While I shopped for the towels ($1.99 for a set of two), I decided to add the red ric rac trim (which I purchased from JoAnn's and used a coupon) for a little something special. Add some fusible web that I pulled from my stash and an hour later I have a adorable gift.

I spent the rest of Saturday doing some reorganizing and purging in the guest space upstairs, made a lemon cream cheese danish and turkey tetrazzini. Never made it before, family loved it especially Newton. I used leftover turkey from the other night. No more leftovers on this experiment.

Saturday evening I'll be working on my blue Jacobean pillowcase.

Wishing you a days filled with creativity.

I'm so impressed with what you are doing this month! Those are adorable towels.