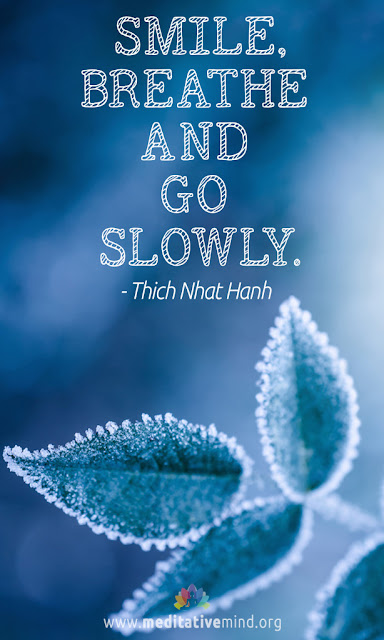 Aren't these great words to live by?
Well, I am this weekend.
I've taken the attitude that I will do what I do as it comes up and the mood strikes.

I started both days with devotions and Bible study. I'm finding the more time I spend in the Word, the more I want to. I have several Bible related "studies" happening . . .

devotions which includes a reading through Our Daily Bread, a verse of the day through an app on my phone, Proverbs 31 (a 15 day study, verse by verse), writing out Proverbs (long-hand because in Deuteronomy 17 it literally tells us to), my Tuesday study of People of the Old Testament and Zecchariah with a friend.

I know, that's a lot going on, and I'm not telling you about because I'm want something other than to share with you how much God loves us and wants to spend time with us. It feels really good and is very satisfying. It really doesn't take as much time as you think and you get out of it what you put in it.

I moved on from here and did things like laundry, dishes, prepped meals.

Here's what else is going on in my space in the universe :) 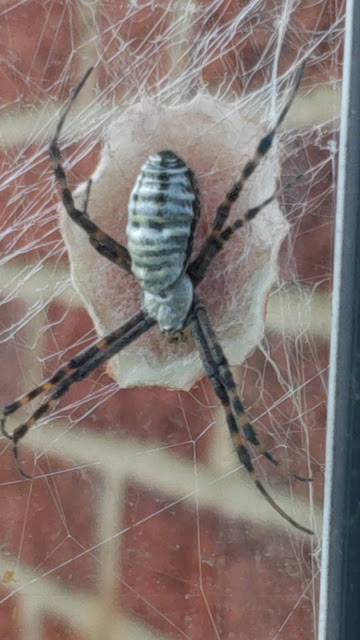 A new resident. Yes, I know . . . but I find them fascinating. She was gone for a few days and reappeared Saturday morning. Now that the temperature has dropped, not sure what she'll do, but her babies are secure for the winter. She's big but harmless, except maybe for the aphids. She's a garden spider. And I think she's gorgeous !!! 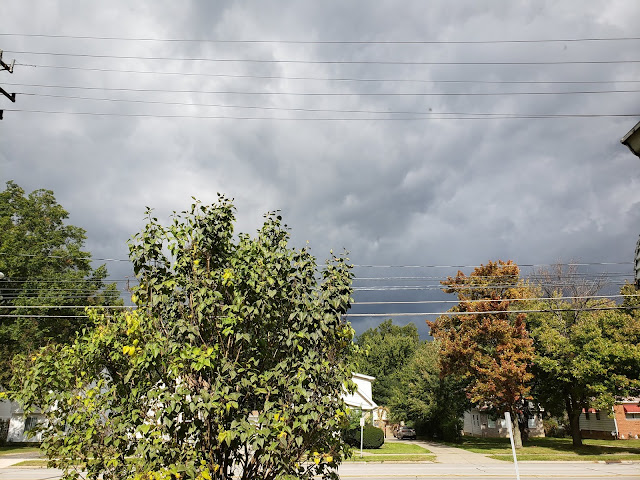 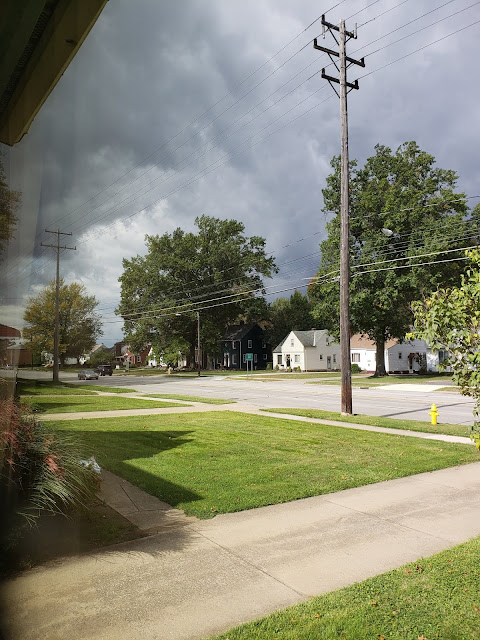 If you don't live in the north, you might not recognize these as snow clouds. Yes, I uttered that four-letter word that no one ever wants to hear, except us snow-babies. This is what our skies have looked like all week. Most of the week, they didn't do anything. No rain, no snow.

Saturday, however, they did. Thunder, rain, winds and graupel. 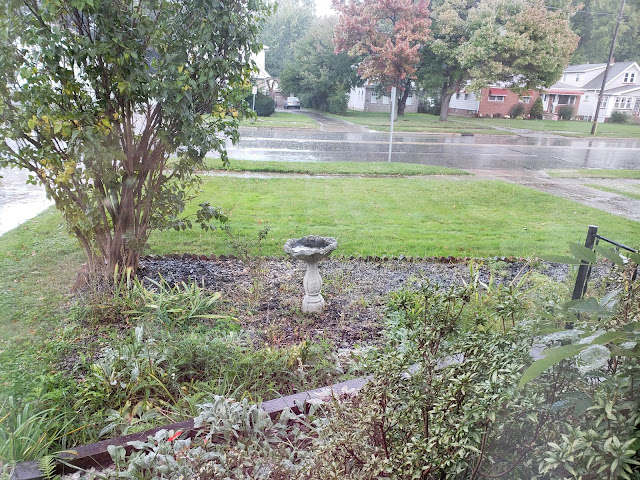 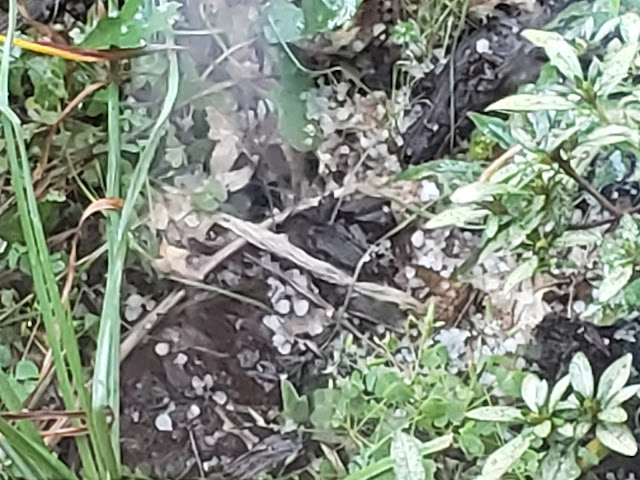 Never heard of graupel? Me either, until Saturday morning's forecast. It's the small ice pellets with the sudden drop of temperature during rain. So they are tiny hail - they don't do any damage, melts quickly. 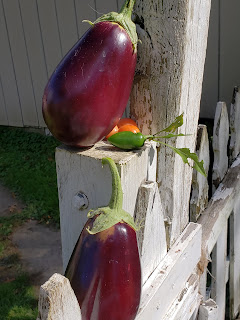 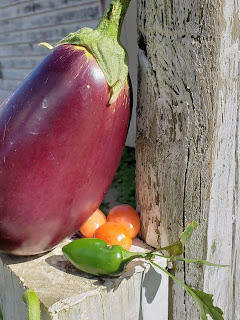 I managed to get the last of the vegetables picked, so when the weather got ugly the garden was done.

Honey Do helped me finish winterizing before the rains and winds came in Saturday afternoon. I pulled up all the leftover plants, spread lime and dried, crushed egg shells and he tilled it all in. Once he was done, he put away the tools while I straightened, applied the remaining lime and spread the hay my sister generously shared (when it becomes stale and the horses won't it, it becomes mulch for my garden).

I finished just as the rain came down full force and boy did the temperature drop!!

Sunday dawned to a lot of branches in the yard, very cold temperatures. It's been cold enough this week that Honey Do turned on the furnace. So we're toasty in the house with our video games, cooking, and sewing.

Speaking of sewing, I haven't done much this week, but I finally started that new project I was telling you about on my goal list.

Her name is Witch Hazel. 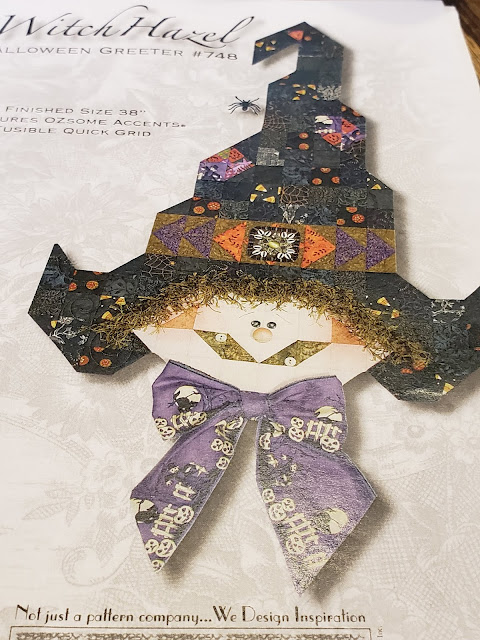 Assembly is using a gridded stabilizer, which I've never done before. All the fabric is cut out and I've begun sewing the HST (half square triangles).

Unfortunately the instructions aren't very clear so it's going to be a slow process. Prior to purchasing this pattern and embellishment kit, I purchased one from the designer that is a Santa. No he's not done either.

I couldn't find the grid that already had adhesive on it, so I had to make my own using fusible web. I think that's going to be the easiest part of the whole project. I'll keep you posted, as I'm supposed to make two of these. One for BF's birthday this month (nothing like last minute) and one for myself. We shall see how far either of them get :)

Verse of the day:

You have been busy... I like your idea of writing out scripture... I should try that. Love your last veggies... I've never grown eggplant, should try one day... xx

What a great weekend, although a lot of work yesterday. I'm glad you finished when you did! Thanks for the weather education. =) Your project for BFF is going to be awesome! I haven't seen any of that gridded sticky interfacing in quite a while. Maybe it will come back. Have a great week!