to my week. It's Monday again. BFF and I had planned a get together a couple of months ago. In an effort to make some items for the Christmas holidays. One of those items was new stockings for our family members.

I have to be honest with you, at first I wasn't all that receptive to the idea. I purchased small stockings several years ago that I really like. But to be perfectly honest, Newton will be a teenager in about a week and a cutesy, little snowman probably isn't appropriate anymore. Not that I'm planning on getting rid of it, I'm hoping to be an "Oma" someday - just not very soon. I'll patiently wait for that event in my life - thank you very much :)

So I packed my sewing machine and other supplies, plus my show-and-tells that BFF wanted to see and headed down the road. 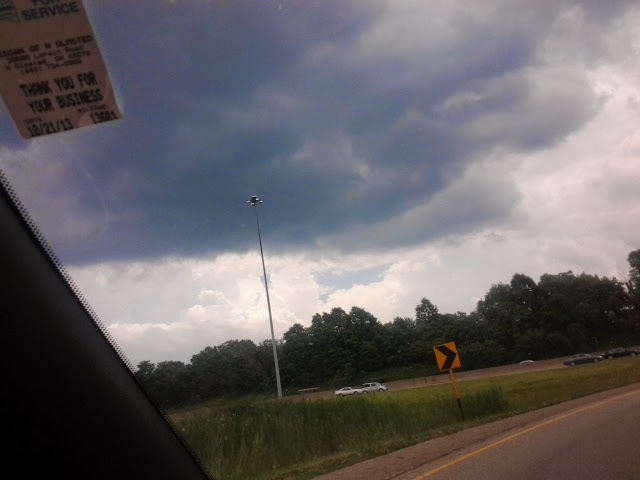 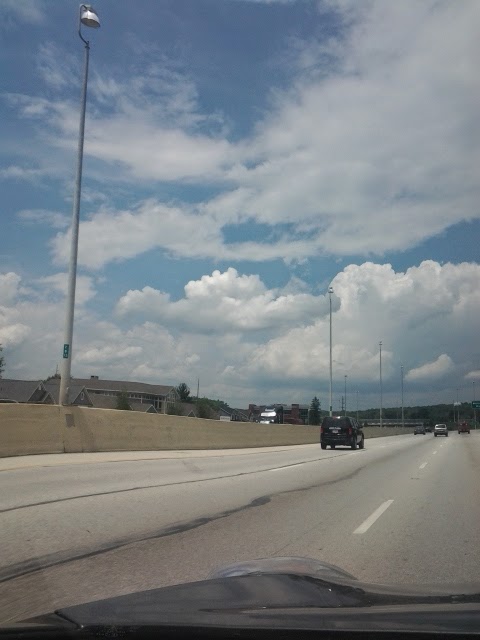 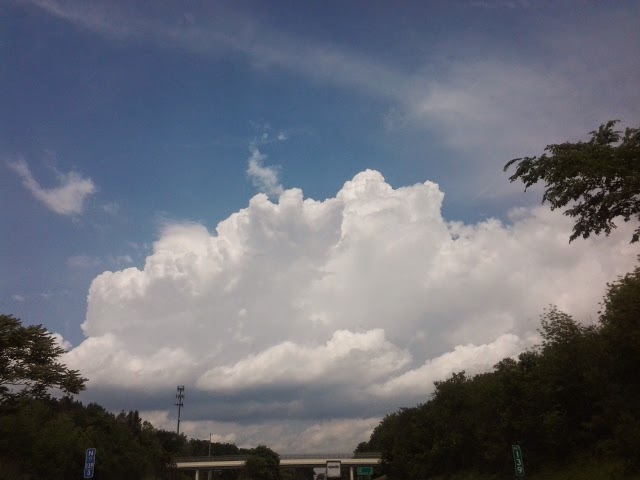 The ride to and from was absolutely gorgeous. As much as the weatherman has been warning us about humidity and storms, it ended up being a really nice day. Honey Do had me put on the A/C before I left, so the house was nice and cool when I got home. 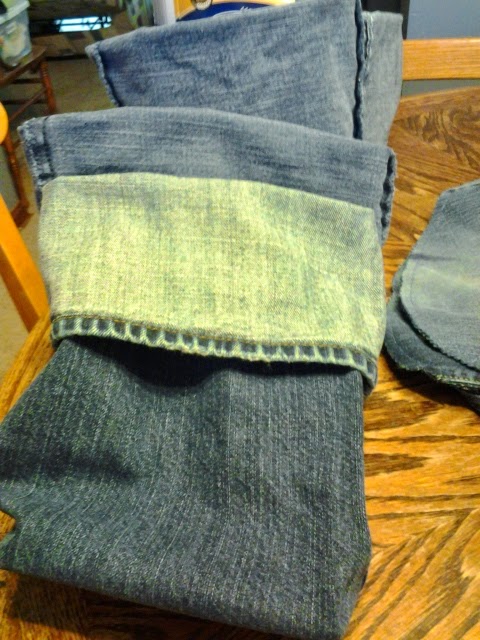 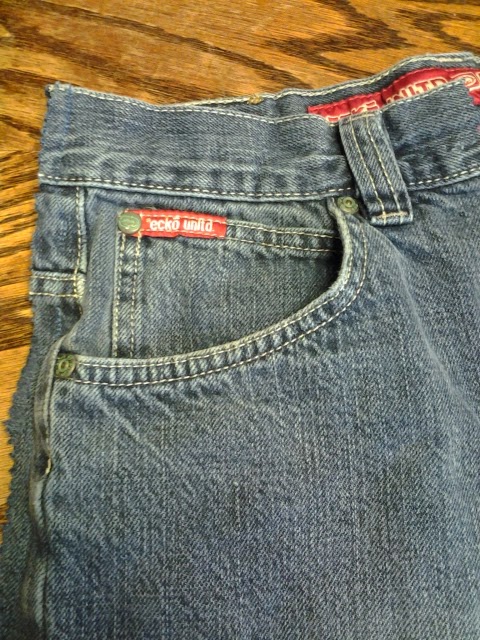 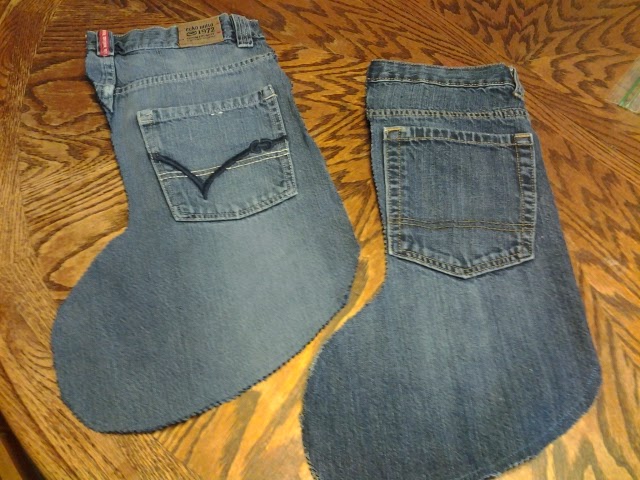 I have to say, for not being really enthused about this project I managed to get quite a bit accomplished. I made two stockings using some of Newton's old jeans. I left as much of the trousers in tacked as I could, so I've got waist bands and pockets adding to the finished project. Basically, all I had to do was sew around the outside edges.  I used pinking shears and left my seams exposed to add a little more effect.

I also managed to get four bins sewn up out of the left over "legs". I made them tall so I can put my left over fabric scraps and they can be sorted by color :)

I did some household chores when I got home and after dinner continued with my crafting. Vacation Bible school is in about a month, so I worked on sewing up some more of those felt fish. 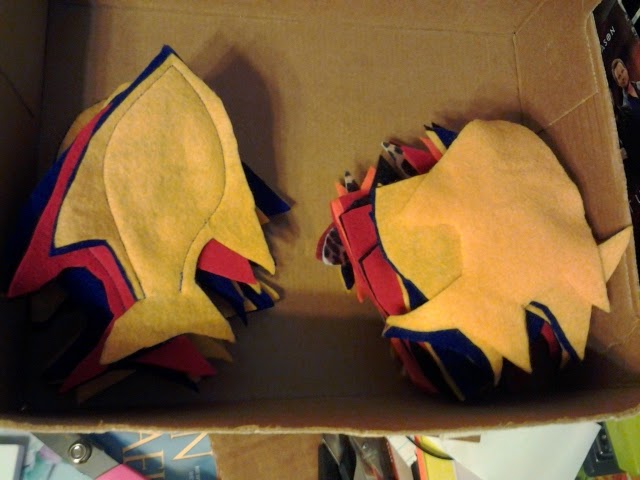 I also put a pretty good dent in my Little Stitches "re-stitch". 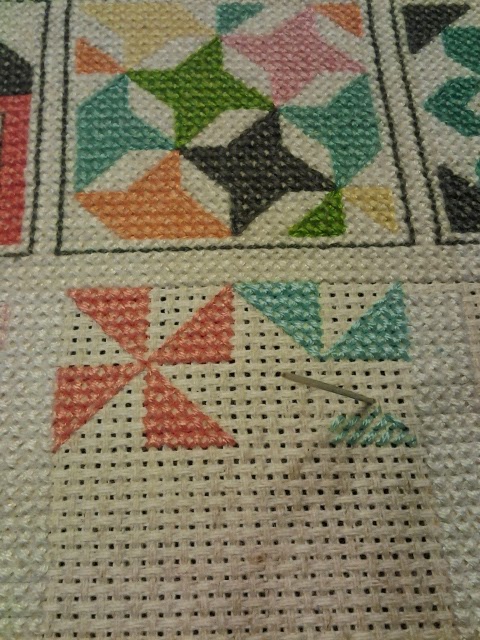 Remember, I had to un-stitch it because I was off an entire row. So that's going to put me behind, but that's okay.

Tuesday will be spent pattern testing, so I may be out of the loop for the rest of the week. If I get a chance, I will check in with you.

wow, that's an excellent start to the week Edi...well done. Love the denim stockings, they look great. can't wait to see your pattern testing....may be more on the horizon?! *wink* xox sugary sweet ones :o)

Thanks Wendy. Would love to do more testing. I'm going to have to stock up on my stash. I'm shocked at how much fabric I don't have !! One of the best things I'm discovering is that I'm using color choices and combinations that I wouldn't normally. My quilts would all be pink, green and blue :)
xoxo