The cold front came through on Friday and with it, I managed to get a head cold. 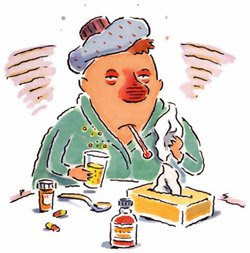 (found on the internet)

I was fine when I left the house and the weather was descent, however, while I was in the church the front came through with cold and more rain. I made a couple of stops and went home. By Friday evening, I was sneezing. It was a miserable weekend.

Thursday evening, I began working on my spring row blocks. 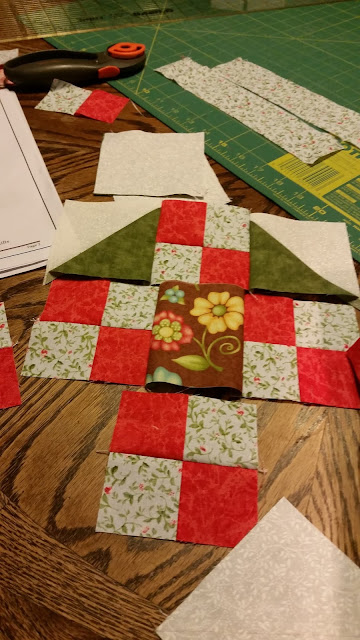 I'm calling it a modified churn dash. And I've decided to get creative with the row. The pattern calls for watering cans and daisies to be appliqued on these blocks. But I like my blocks so much that I don't want to cover them in any way. 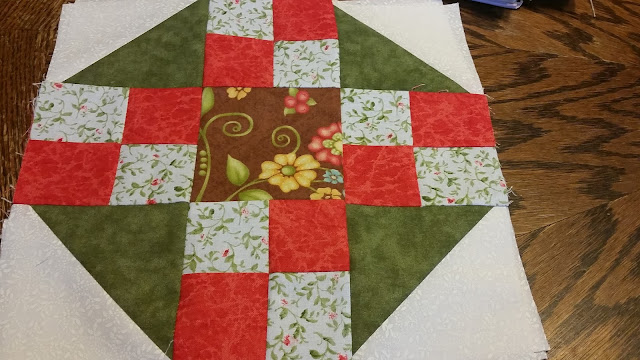 The row has seven blocks total. I'm making four of the churn dash and three of watering cans . . . 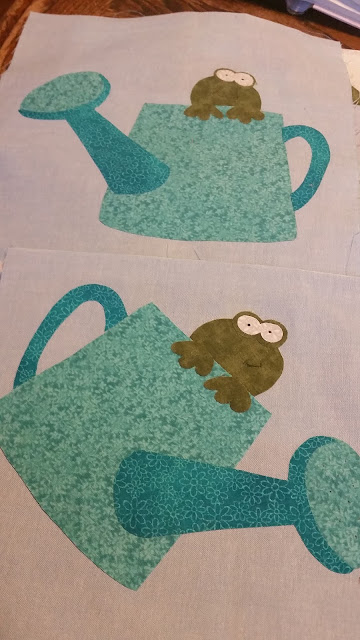 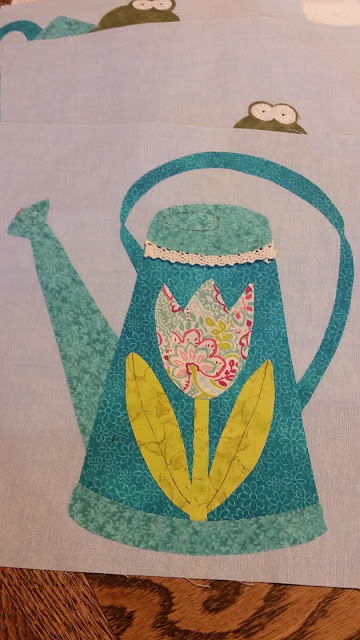 (designs for patterns found on the internet)

The "tulip" can will be the center block and the "frogs" will be blocks two and six :)
I have hand appliquing to do before I sew the rows together.
I also chose my own watering cans, not that the ones included weren't cute too. I just have my own thoughts and decided this was a good month to be rebellious :) 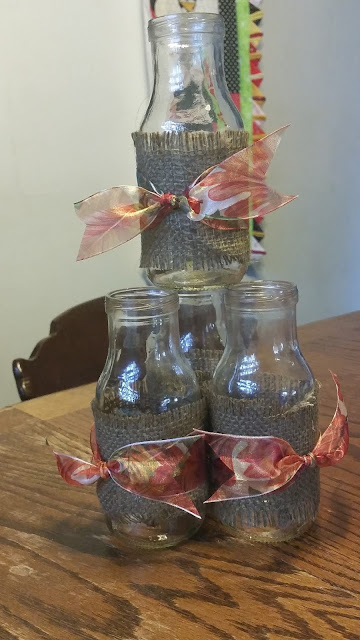 I have a small finish for October as well.
These little jars I recycled are bottled lattes. The labels are shrink wrapped and come off beautifully without any glue residues. I found the idea on Pinterest.
All I did was cute burlap to the desired size, used double sided tape to hold in place until I could tie on the ribbons. I trimmed the ends and whala . . .  an adorable little vase. I'm going to give one to BF on Thursday with some fresh flowers for her birthday. 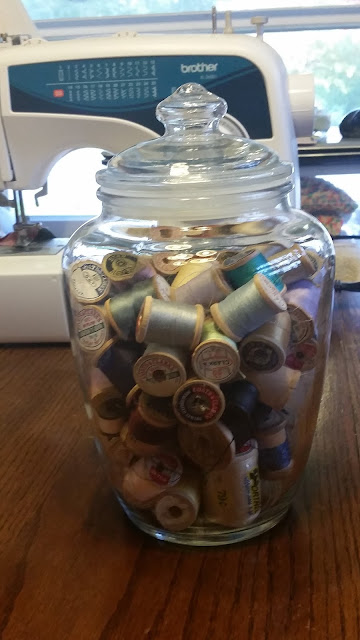 I have a new display jar :)
Unfortunately, the widow across the street passed away recently and the children are cleaning house. As soon as I saw the jar, I knew what I wanted it for - my wooden thread spool collection. I've been collecting these for several years (a lot of years) and finally have the correct vessel to display them. There were more, but I only chose this one. I have a feeling I'm going to be really sorry I didn't get the others. I'm absolutely thrilled with it.

It's time to start working on my applique.

Sorry you're under the weather. Hope you get to feeling better soon. The new blocks are so cute!

Darn, that came on fast, didn't it? Love your little vases, and the spool storage. Nanny, nanny, boo, boo, I know where that center brown floral came from. =) I'm going nowhere on my American row so far. Hopefully soon, or after the 20th maybe. I just have so much going on all the time. 2016, I'm not committing to anything except CQJP2016!