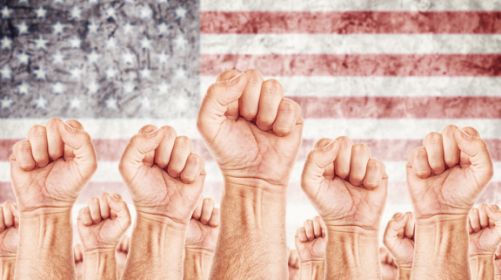 Honey Do took some time off that corresponded with our holiday weekend. Here's what we did:

Friday, after Newton left for school, we headed to the West Side Market. 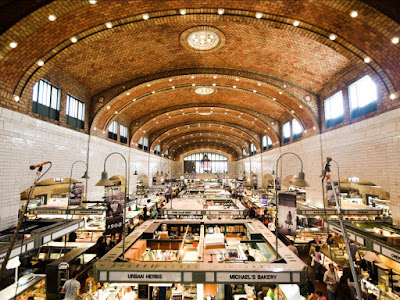 Stalls of fresh fruits and vegetables.

We got all we needed for at least the next two weeks. We took those back to our truck and headed for the other half of the market - the meats !! We avoided the bakeries, as we are trying to limit our sugar intake, although it would have been lovely with a fresh cup of coffee.
Pork chops, lamb, steak, ground meats and one of Honey Do's favorites - liver. (I know, don't get me started :)

From there, we headed to a "fish" market. Unfortunately, it wasn't as advertised so we went to one of the "super" super markets. It's a "super" super-sized version of the local chain.  There are several in my neighborhood, but because of its size the variety for fish and seafood is much, much larger. Honey Do is the one who really loves fish and seafood. I'm willing to cook it, but wanted him to choose what he wanted to eat.

The afternoon was spent dividing up meat into smaller, meal-size portions and putting them into the freezer. Dinner was BLTs and after cleaning up, I worked on the vegetables . . . cleaning, washing, putting away. I washed tomatoes from the garden and put bananas in the freezer and making pear butter from over-ripe pears; prepping ribs for the grill for Saturday.

Saturday started with another busy morning in the kitchen. After breakfast and cleaning up, I blanched four bunches of broccoli and put them in the freezer. Once that was done, I cleaned up the stems and realized I had enough vegetable scraps to make stock. After a few hours I had almost 15 cups to put up in the freezer. Ribs went on the grill about noon for dinner. 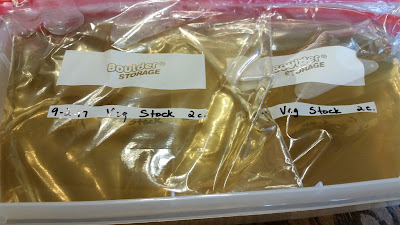 All the food stuff out of the way, I had time to work on the Lace Cabin quilt. I still had a bit of quilting left to do. 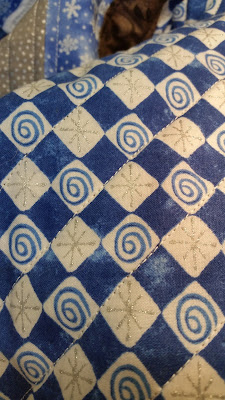 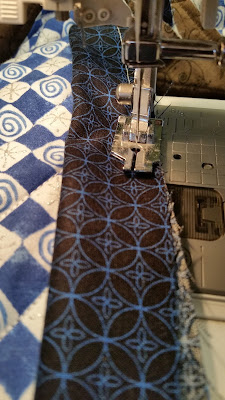 Then on to the binding. I spent the evening handing sewing the back in place. 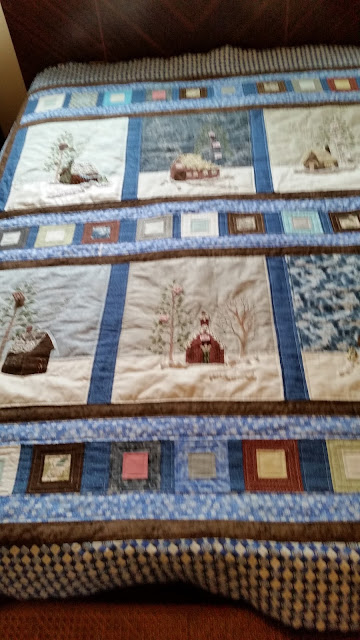 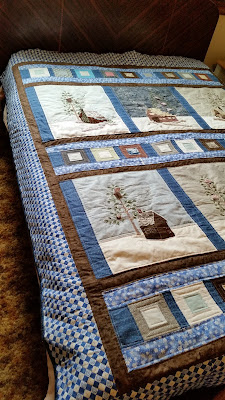 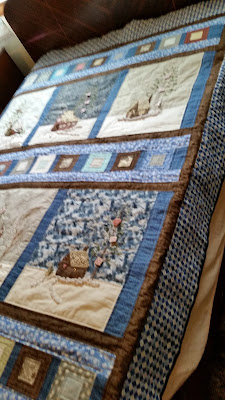 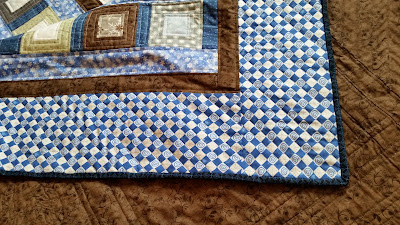 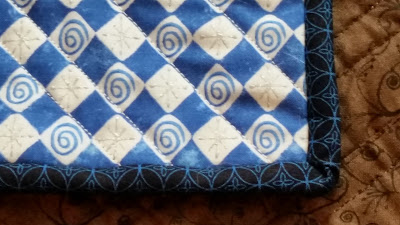 The border was quilted diagonally following the design.
I'm absolutely in love with this quilt !!!

Sunday began with a new batch of third graders to add to my second year students for Sunday School. We are beginning the year in the Old Testament with Hannah's prayer and promise to Samuel's birth.

Once home, Rocky and I went for a walk and then I began working on my Wonky Houses. 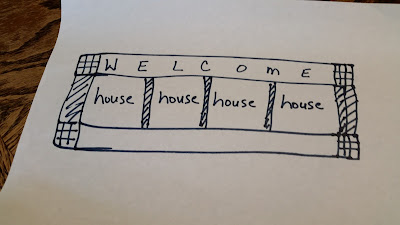 I drew up the layout when Jenny of Elelfantz offered the design. I knew I wanted it to be a "Welcome". 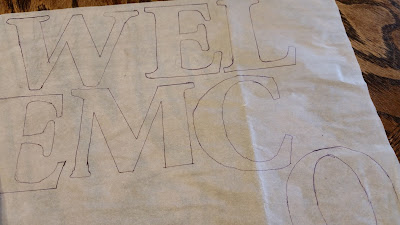 I found some letters in my scrapbooking supplies and enlarged them, chose my fabrics and started laying out and assembly. 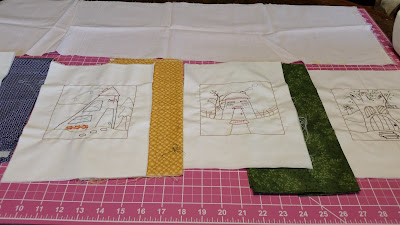 I debated - for about a minute - machine appliqueing the letters. The thought was vetoed in favor of hand. :) 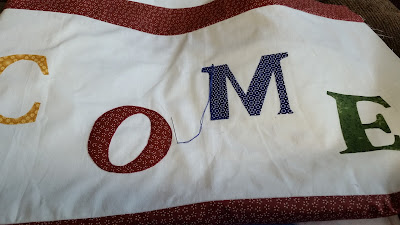 As a wife and mother, you don't get much time off, but I love having Honey Do home. Cooking is easier because he grills and I do KP.

My morning was spent in the kitchen - there seems to be a recurring theme. French toast from the Challah bread Mom gave me. Leftover servings were put in the freezer for another time.

In the garden, I found more zucchini ready. I want to make more bread and will share with Mom and BF when I see both of them this week. 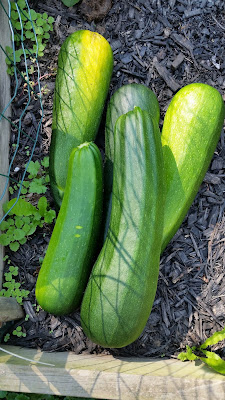 When I wasn't in the kitchen, I worked on my Wonky Houses. I manged to get all the letters done by bedtime Monday evening.

Tuesday morning was spent working on the back of the project. By noon, I had it sandwiched and pinned and will spend the rest of the day quilting it on the machine and the evening sewing on the binding. 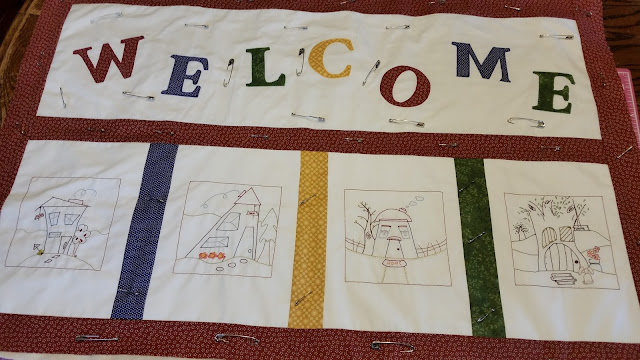 I hope everyone had a wonderful weekend.

What busy days! How fun to walk through the markets with your HD - or DH. =) It sounds like you did a LOT of prep work this week. I really like your welcome banner.