This week has gone incredibly fast. Making a goal list daily has helped keep me focused and productive.

Honey Do is expecting visitors from Taiwan Sunday, so he'll be preoccupied for a few days. That actually gives me a bit of free time because I don't have to spend much time preparing a few dinners. Newton and I will just eat quick and easy.

Here's how things went for my Friday goals:

1. Mending - jeans DONE
Three pairs actually became two. And two of the three were supposed to be re-hemmed but when I tried them on, one of the pairs were actually perfect so I didn't have to do anything to them.

2. Growing Up QAL - construct block
I didn't get to this because I keep forgetting to go to the library and make a copy of the actual pattern. Hopefully some time on Saturday.

3. PJ's - sew together DONE
It took the afternoon to do both of them, but I got them done in between laundry and cleaning the kitchen ceiling fan and playing with Rocky. 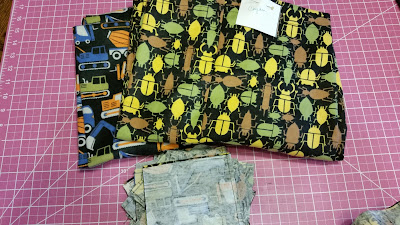 4. Snowman embroidery - more stitching
I did get a little more stitching done. Both arms are finished. All that's left is the rest of the banner and head. 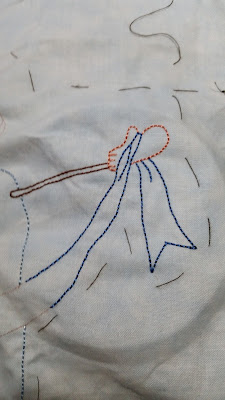 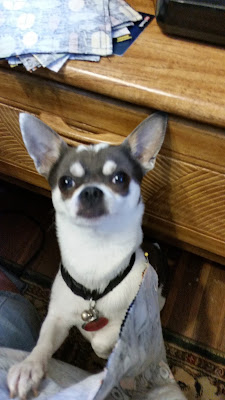