Recap of Vacation Bible School Week
By Sunday, July 16, my week had caught up with me and I hit the wall. To say I'm tired is a bit of an understatement. I'm exhausted !! But this too shall pass.

My projects for VBS were all ready to go and I was hoping to get myself back to my normal routine. I kept my goals the same because I didn't get much accomplished the week before for the time spent getting everything ready.

The week was a huge success.
Monday we made "slime" and the kids had a great time. It was messy, but fun. The tie-in was how God holds everything together and the fact that He created us and we didn't come from goop or slime. 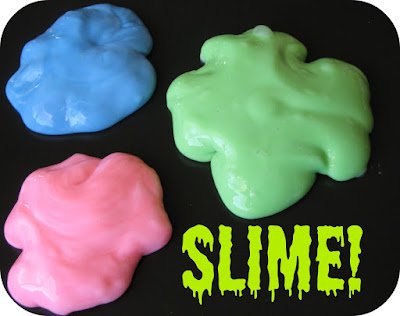 Tuesday was semi successful. About the third row of beads the kids were getting the concept of weaving. Unfortunately, we ran out of time and projects didn't get finished. 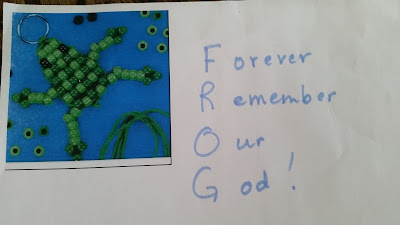 This frog project and the unfinished snakes went home and many of the children brought the snakes back on Wednesday to show me they were finished. More still told me they were working on them and the frogs.
The tie in:  The snakes represent sin/temptation and the frogs our ability to "hop" away and make the right choices.

Wednesday was successful again with bookmarks using Sharpie markers and star shaped beads to dangle from the ties at the top.
The tie in: they had to write "God promised" on their projects to remind us that God keeps His promises to us and we have the Bible to prove it.

Thursday were clear plates with the blue tissue paper. They wrote with metallic markers: Jesus is the light. When they held the plates up they could see through them.

Friday was their prayer journals which were cutting and minimal assembly. The tie in: keep your relationship with God going.
My afternoons were equally busy running errands, stopping at work for cardboard to go back to the church for recycling. Newton had his first job interview on Monday, went to mow on Tuesday and a movie on Wednesday.
I spent Wednesday afternoon cleaning and setting up my guest room. Purging stuff we no longer need for collection on Monday.

In the meantime, there's been plenty of Rocky time. 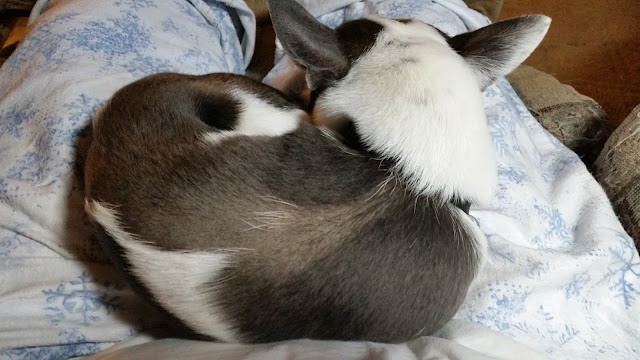 That means lots of stitching :) 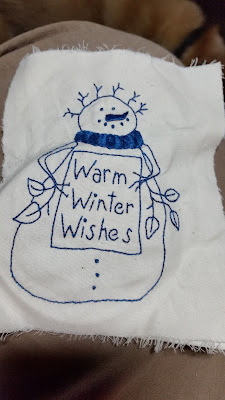 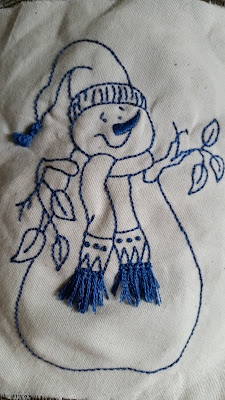 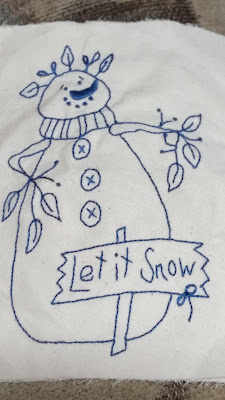 Goals are staying the same for the next week since I didn't get anything done except these adorable little snowmen.

But oh how adorable those little snowmen are! I loved reading about your VBS and the connections made. All that prep and it went by so fast! Good luck to Newton - hardly seems like he's old enough to be working. =)