Be prepared to be inundated with posts from me as I play catch up on my blog.

December has been busy and productive. I decided to join a couple of swaps for the month. They ended up being fun and I really ended up enjoying them. 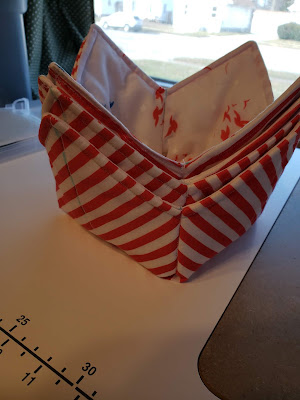 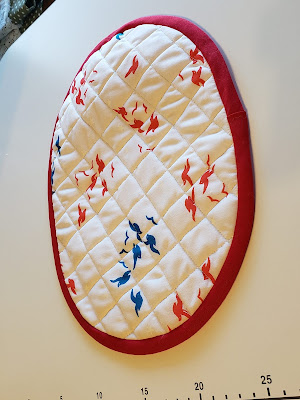 For this one, I was to make bowl cozies. I had plenty of fabric, so I added a hot pad and 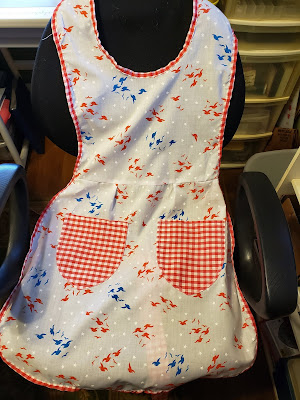 because my partner was so generous, and I already felt that pull, I made and added an apron. I heard back and she was thrilled. I especially liked the apron. I'll use that pattern again. 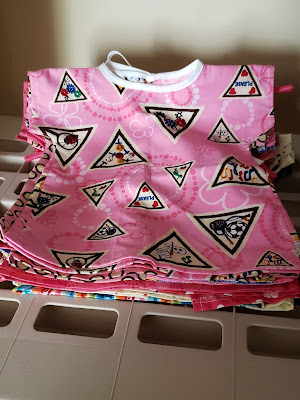 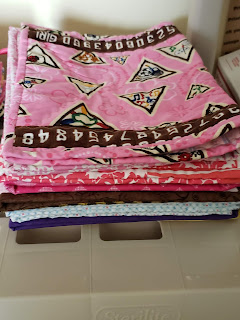 I also caught up my commitment for A Doll Like Me. I have a nice little stash that was sent last week. I also sent the last of the baby quilts I had made. I'll have a total count when I do my final blog of the year.

I joined Susan in the Advent Sewing Challenge. 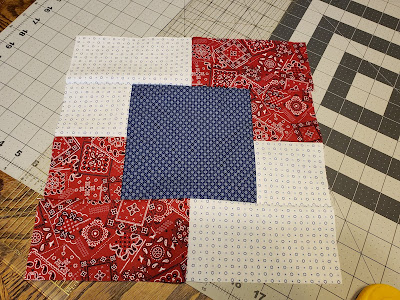 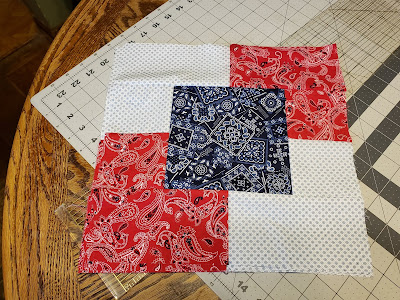 I found a bundle of white shirtings, and red and blue bandana prints. They were perfect for a patriotic quilt block. The block is super easy and in no time I had a stack of blocks complete and ready for top assmbly.

I hadn't decided what to do with the blocks, but as I was looking for additional fabric for borders and backing, I found an adorable panel that I purchased years ago when I worked for JoAnn's. 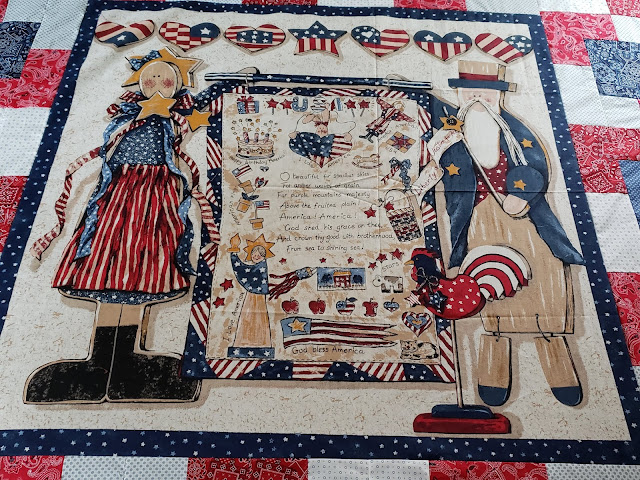 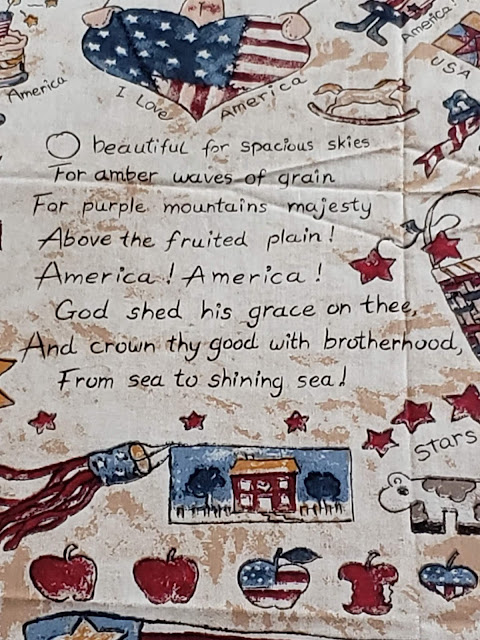 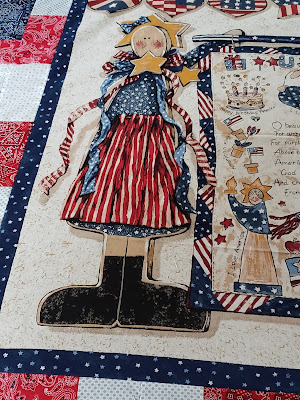 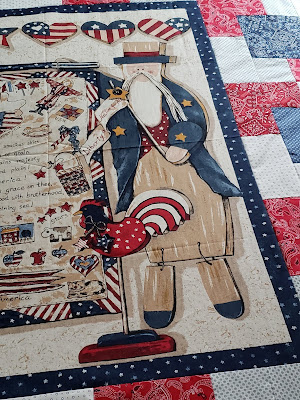 That cinched my decision. I would gift it to my husband, who is a veteran of the army.

I have long wanted to make a patriotic quilt but hadn't settled on a pattern. I've just collected fabrics for years. 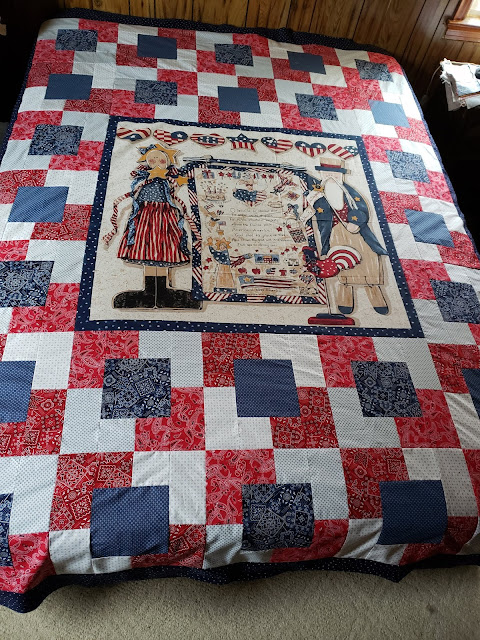 Honey Do has been part of the finishing process, helping me decide what to do. He knows about the quilt. He doesn't feel the panel makes it too feminine.

I had the quilt sandwiched and pin basted. I planned on taking the last couple of weeks between the holidays and other goals to complete the project. I really hadn't planned on making a new quilt before the end of the year, but sometimes things just do what they are meant to do. I did the last of the quilting new year's eve and the binding new year's day. It is officially finished.

I spent the weekend before Christmas making PJs for Newton and a couple of other children. The others got wrapped and mailed without photos. 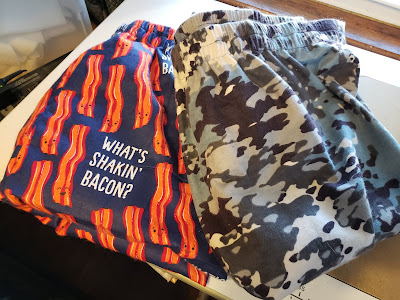 He's getting a bonus pair do to the glaring oops, but I didn't want to waste the fabric, so I just finished them. He can chuckle and remember mom is really human, after all.

wishing you a day filled with the things that make and keep you happy.

Consider it pure joy, my brothers and sisters, whenever you face trials of many kinds, because you know that the testing of your faith produces perseverance.