It's time to make a definite decision on my ALYOF's goal.

I have more than enough projects in various stages of doneness and undoneness (is that even a word?). 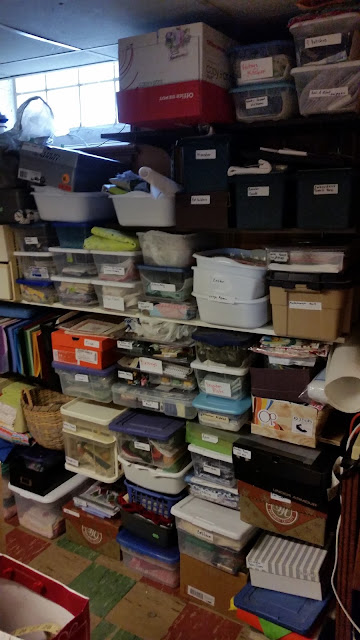 This is my "project wall" in my basement sewing/crafting room. Most of these projects are current within the last few years, so there are more new projects than old UFO's waiting to be done.

However, having said that, there are still some.
I've chosen this one for my August goal. 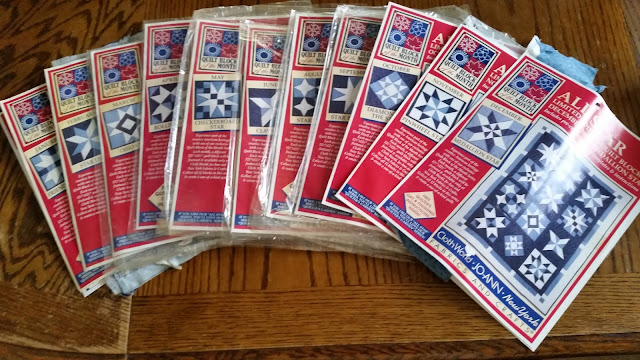 This is a series of 12 blocks of the month that I collected from JoAnn Fabrics while I was employed there. The glare doesn't allow you to see the date - yes, they were dated. While I was employed, I was employed I was management which meant I worked A LOT of hours. A typical week was 60 plus just to keep the store somewhat smoothly running. It's amazing how much work there is to stock, and keep the store clean. I had some really good employees, but they were only permitted to work so many hours, and well, you probably know how it all works anyway.

Since I worked so many hours and did my "shopping" while I opened new cartons of fabric and restocked shelves, I spent a fair amount of time collecting. This is one of those collections.

My August goal is to put all 12 of the blocks together. Not the quilt top, but just the blocks. For right now, that's a managable goal for me.

What goals did you set for your month?

Oh! Okay. I should have read this post first. =) I'm glad you're getting some blocks sewn!

I KNOW you can do it hon! xox