At the beginning of the year, I found several posts on an annual event and readily signed up.

The event: A Lovely Year of Finishes.

The rules were very simple to follow: choose an unfinished project that was at least a year old; post it to the website at the beginning of the moth for your goal to finish within that month, making sure you linked back and blogged about it; and then post the finished project by the last day of the month and again linking back and blogging.

Simple enough, right? I thought so too. Then life just gets in the way.

My UFO for this month was the Trip-Around-The-World quilt that I started about 20 years ago. 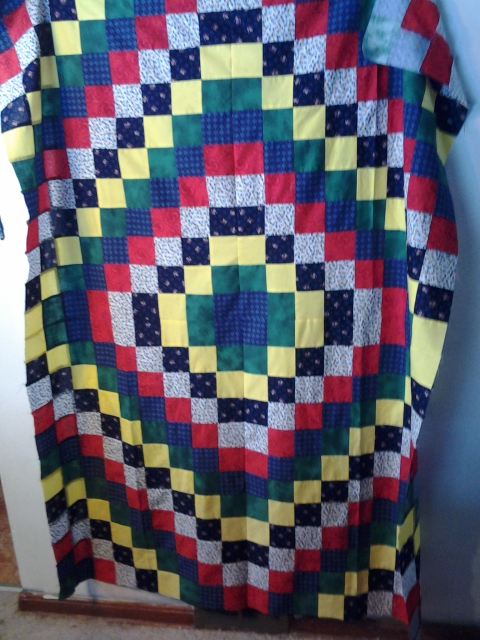 I wanted to schedule it several months ago and inadvertently posted the House quilt (that's still not done). Well, I scheduled this one for this month. I had finally decided that I was just going to tie it and bind it and be done. Thought it was the perfect finish. 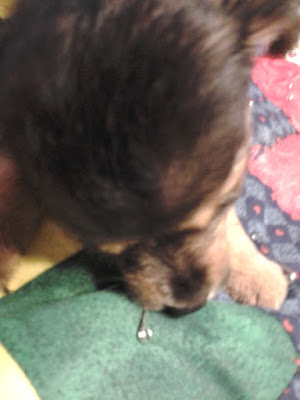 A little help from my new friend. . . 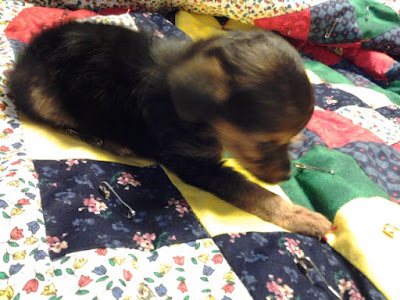 And it would have been, had I not set it aside when I sandwiched it. I realized a couple of days ago that I hadn't touched it since it was sandwiched a month ago!!! I pulled it out again this week and in the last couple of days have worked frantically to get it tied. Not just so I could post a finish, but so I could actually have something finished !!! 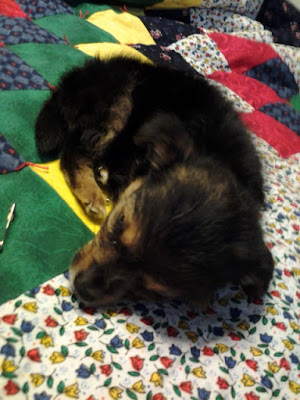 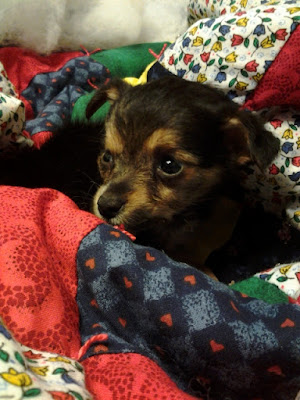 Quilting is such hard work - this seems like a good spot for a rest . . . 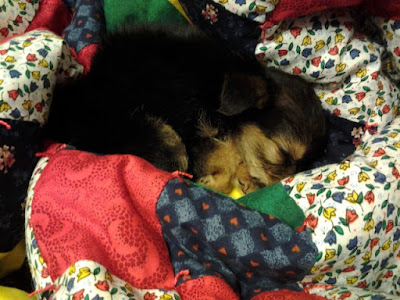 Needless to say, the goal is not going to be met for May. I did get all the blocks tied. I still need to quilt the borders and bind it. So it's going to go back on the schedule for a finish in June.

Friday was a little hectic and nerve-wracking. Chewy took a turn for the worse and was rushed back to the vet. By the time we got to the vet, he was already reacting more like himself. He hasn't gained any weight, but he hasn't lost any either - which is very exciting when you only weigh .8 pounds !!!  but the really good news was that his temperature was back to what's considered normal. Must have been the 80 degree ride in the car to the vet's office !!!!

The vet couldn't explain what happened. Chewy was examined, given a shot of vitamin B and sent home with instructions to keep him warm. So we condensed the size of his crate to fit the heating pad - forcing him to stay on it instead of trying to get away from it. 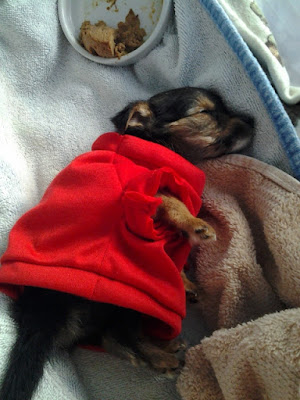 It's definitely too big, but oh so cute :) 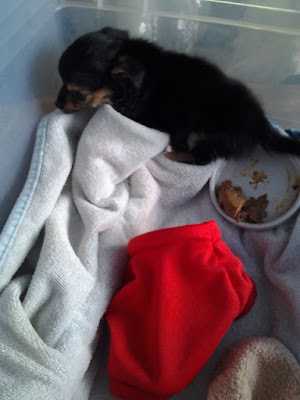 I ended up just covering him with a really soft dish towel and that seem to appease him.

Saturday morning, he was eating on his own again - something he hasn't done all week. Drinking is still an issue, but we're getting fluids into him. He was alert and even playful most of the day. Thanking God for letting us hang on to this precious little creature. 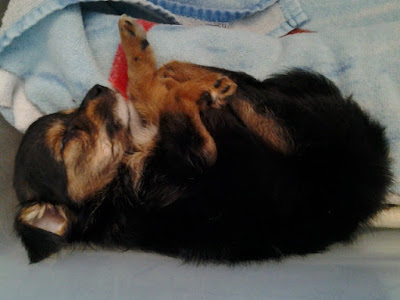 I didn't finish mine, either, so there are two of us in that boat. =) Glad it's another good ending for Chewy! Definitely a cutie.