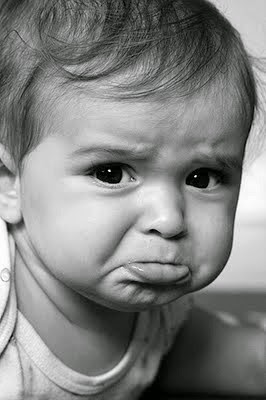 Unfortunately, my goal for March will not be met for ALYOFs.

Originally, I had planned on making my Trip-Around-The-World quilt my goal. But I made a mistake when I posted my goal and it was too late to change it (not that I knew how). So I posted the House quilt and it became my goal. 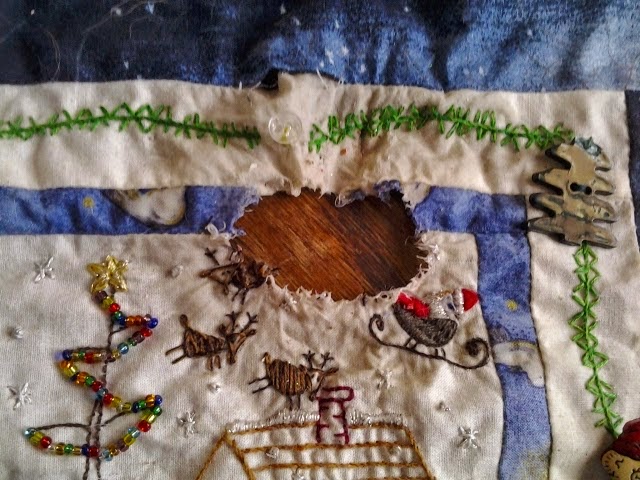 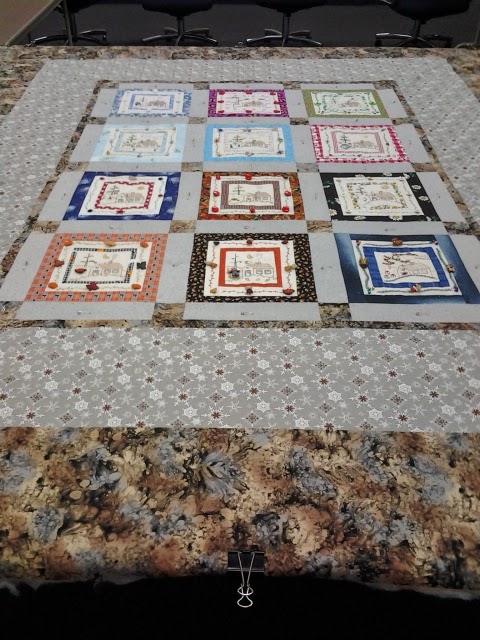 Stitching and repairs made (actually the whole block was remade), sandwiched and ready to be quilted.
I attempted to quilt it on my machine, but it's a small machine and the quilt is rather large, so I gave up that prospect rather quickly.
I pulled out the quilt rack, set it up and mounted the quilt for hand quilting - which is not my favorite method, but must say that I like the end result much better and it's less frustrating than trying to do it on the machine.
That was Friday and Saturday. As of Monday evening, I have two of the blocks quilted and started on the third.
My plan is to quilt one of the 12 blocks each day and then plan out the borders.
BFF thinks I'm nuts to set that kind of pace, but I want this quilt done . . . in April !!!
We shall see :) 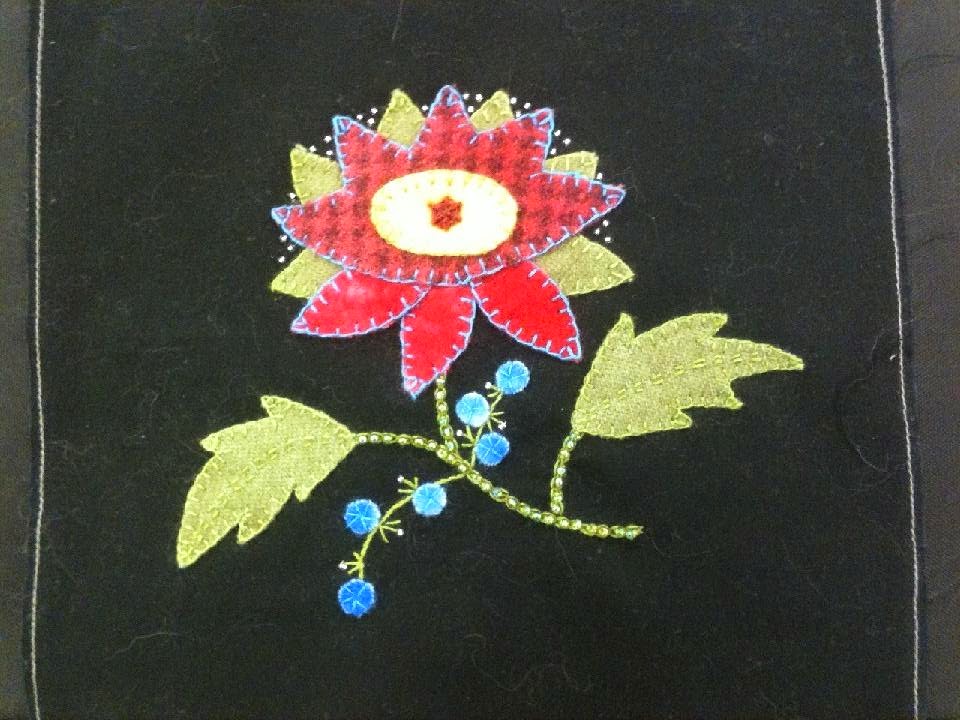 This one compliments of BFF.
It's based on an embroidery project that has been modified and converted to wool applique.
My kit was supposed to be done on a cream colored background - this was recommended if you'd never done wool applique before because it would be easier to work.
When I got my kit, it was the black. This is just an image of the sample shown in class - mine's not done yet. I'm hoping my looks similar to this.
I started pulling the components together, drawing off the pattern, chalk drawing the design.
It's harder to work on dark fabrics because you can't just draw off you design with a light box or window. But I'm figuring it out.
Keeping my fingers crossed.

Spring break has begun for Newton. He'll be off nine days including the weekends.
We're I'm trying to find things to do that won't break the bank.
He made a request a few weeks ago to go to the zoo.
On Mondays, county residence a given free admission with proof of residency. 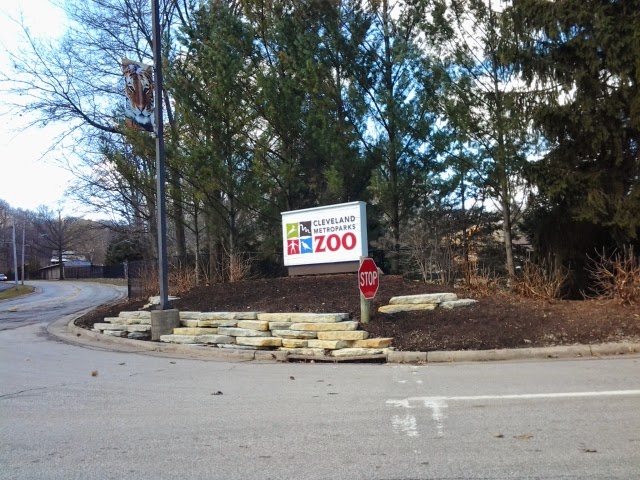 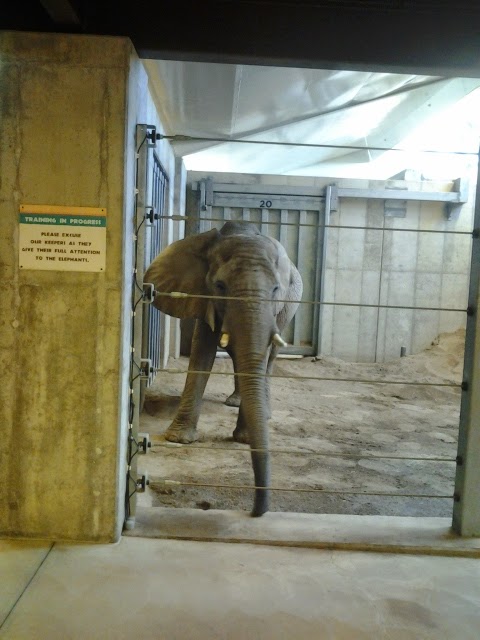 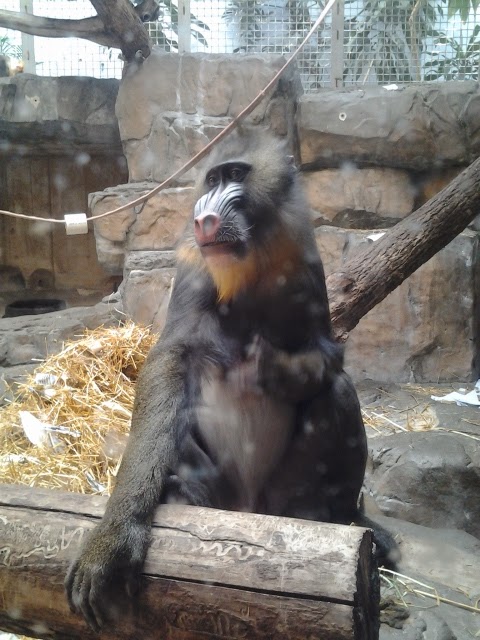 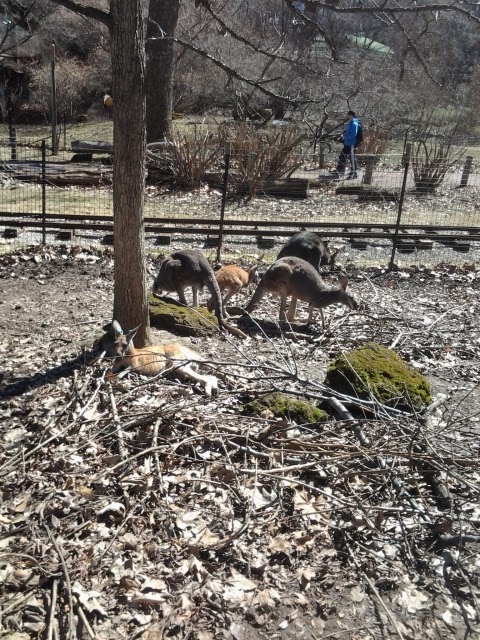 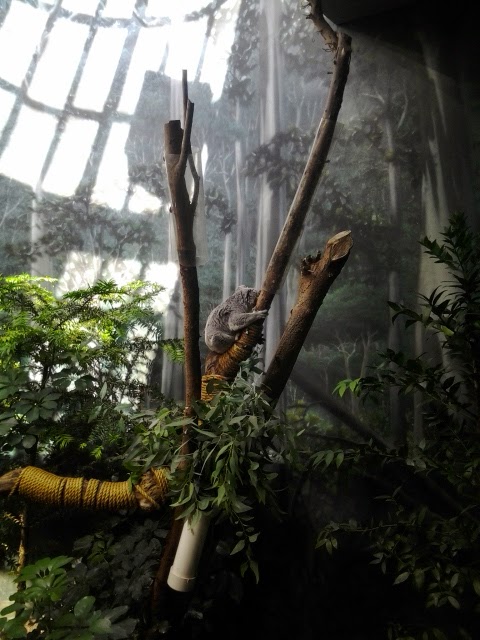 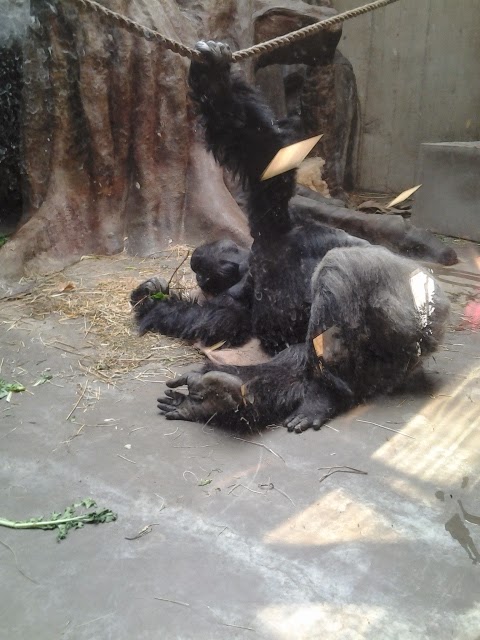 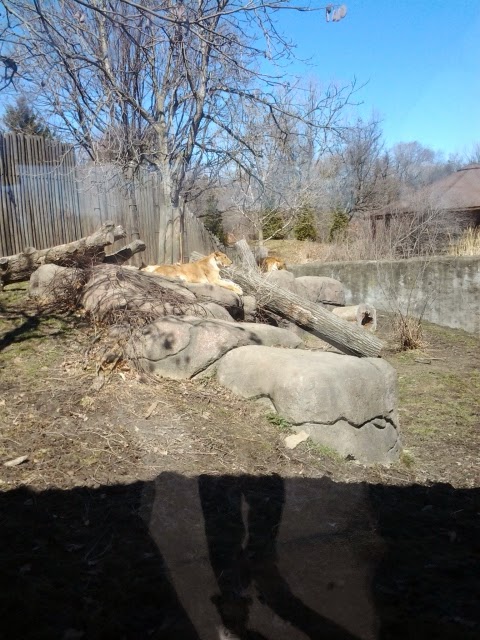 It's still chilly - high today was mid-upper 40sF. The animals that were outside, were laying in the sun and soaking up whatever warmth they could. It felt good, but the wind coming off the lake was chilly. Still a good day. We enjoyed the outing and the time together.

I'm glad you got to go to the zoo. I wish our zoo would have a free day even once a quarter! It's about $20 to go. Needless to say, I've been once! This is perfect weather for it, but it'll rain next week. I love your new project. What I do when working on the dark is print the pattern on freezer paper, cut it out, iron it down and draw around it with white pencil or white gel pen. =) I think your goal of one block a day is fine, but you will need more time for the borders, I think.